From Gyeongbokgung Palace in Korea to St. Basil’s Cathedral in Russia, Kixx is going on tour—but this time it’s virtual. To showcase Kixx’s success in expanding to 63 countries since first launching in foreign markets in 2010, the company has launched a new brand film that takes viewers on a trip around the world through intricate dioramas.

The latest brand campaign honors Kixx’s globe-spanning consumer base and its reputation as a consumer-favorite, high-quality lubricants that drivers can trust. The new video, which went live on October 28 perfectly encapsulates the message behind its tagline: “Made in Korea, Works around the World.” In doing so, the commercial makes it clear that Kixx’s high-performance motor oils exemplify Korean technology’s reputation for cutting-edge innovation.

The film begins with a drop of oil going into an engine. From there, viewers are taken on a journey through elaborate dioramas with landmarks that represent the various countries that rely on Kixx products. Beginning in South Korea, the drop of oil is whisked through tubes and tracks, making its way from one diorama to the next. The combination of iconic cultural landmarks and Kixx product packaging visualizes Kixx’s origins in South Korea, and growth in China, Vietnam, India, the Middle East, Russia and South America.

Here are some of the interesting details you’ll see if you look closely at each display:

The tour begins in South Korea where Kixx was first launched and the home of its two main production facilities: a Base Oil Plant in Yeosu, and a Lubricant Blending Plant in Incheon. Each of the facilities is world-class, with the Yeosu plant being the fourth largest single-site refinery in the world, and the Incheon facility being South Korea’s largest lubricant blending plant. The tour includes some of the country’s most beloved landmarks such as Namsan Tower and Gyeongbokgung Palace. 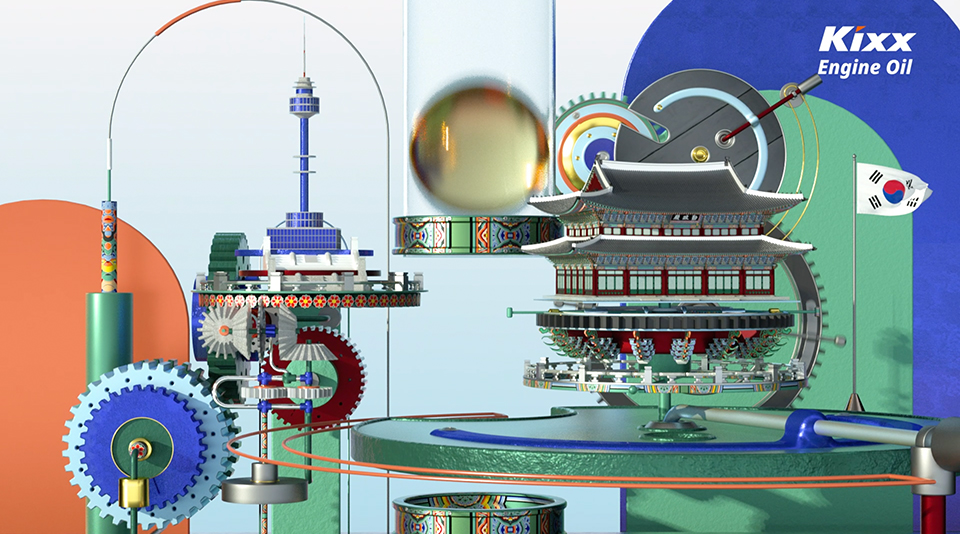 China, the second stop on the oil’s world tour, includes such iconic sights as the Forbidden City and the Shanghai skyline. It’s also the home of one of Kixx’s overseas production facilities, located in Tianjin. 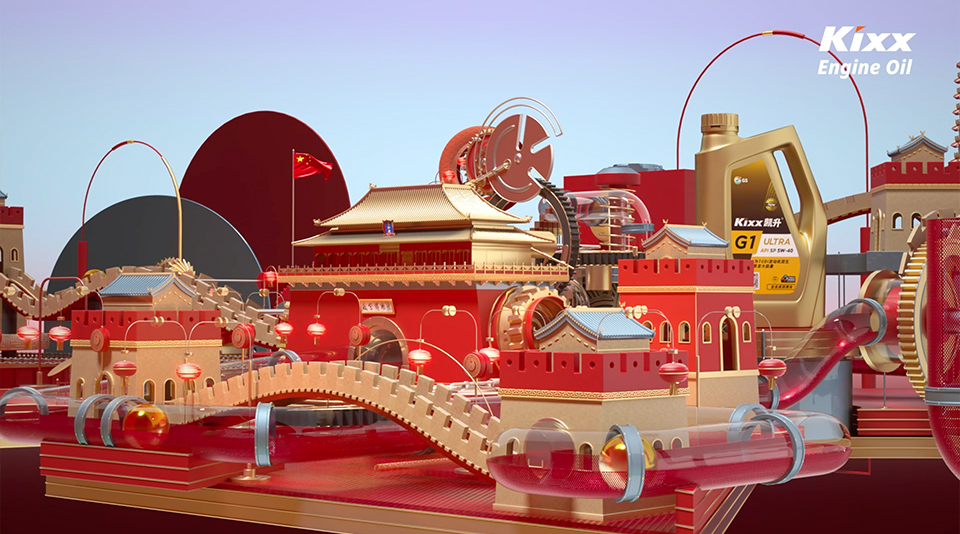 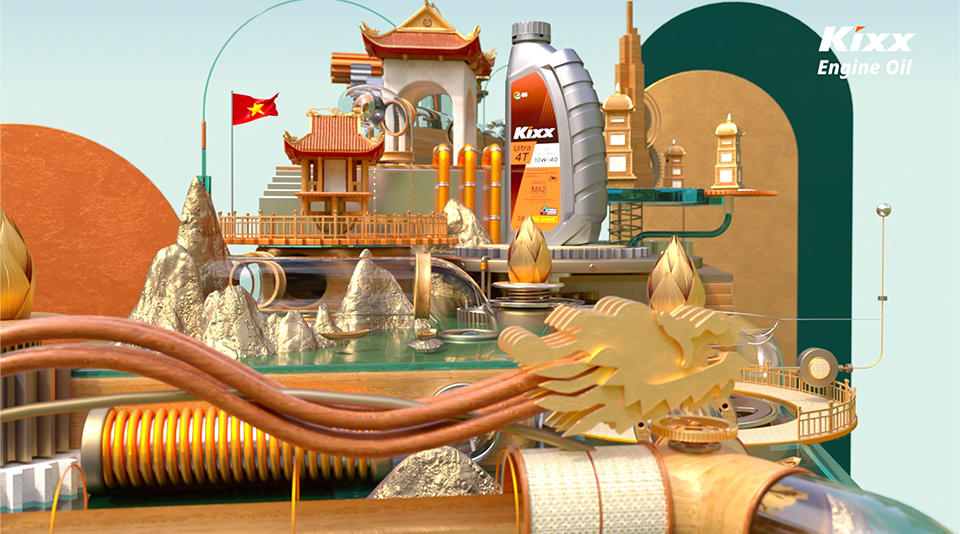 India’s diorama includes one of the Seven Wonders of the World, the Taj Mahal, along with nods to Delhi’s Lotus Temple and the Ganges River. 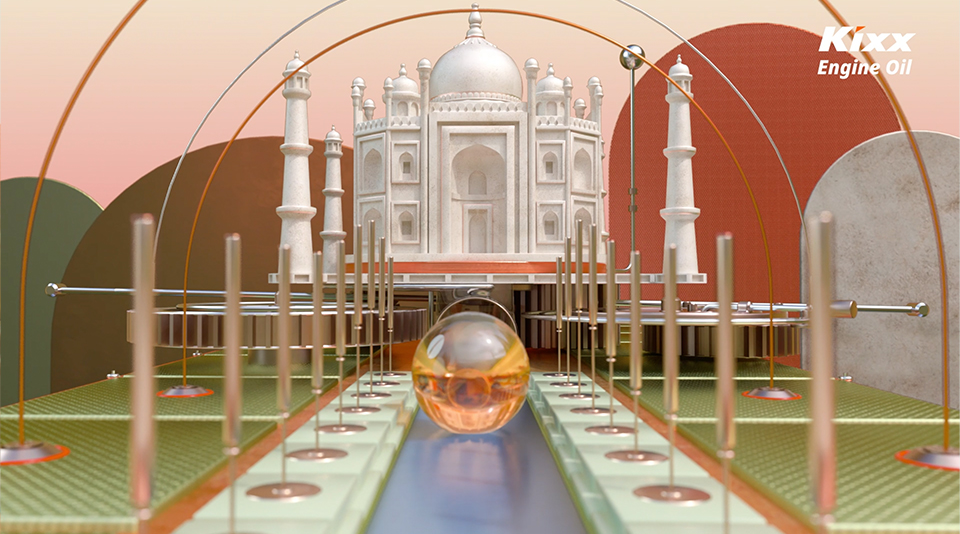 Next up is the Middle East, where eagle-eyed viewers will notice Dubai’s sail-inspired Burj Al Arab hotel alongside miniature Egyptian pyramids and a mosque. 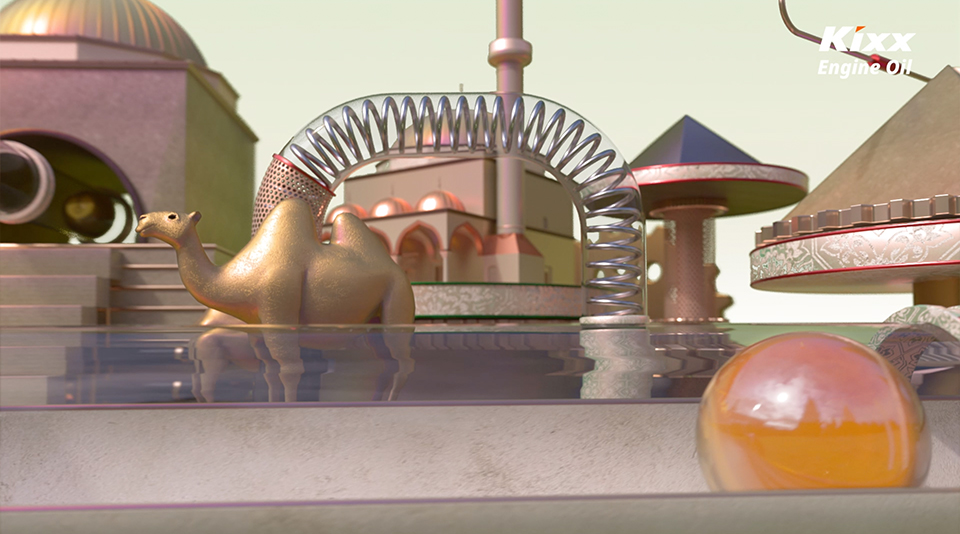 The Russian diorama includes St. Basil’s Cathedral, with its colorful turrets and domes, as well as depictions of a traditional Matryoshka doll. 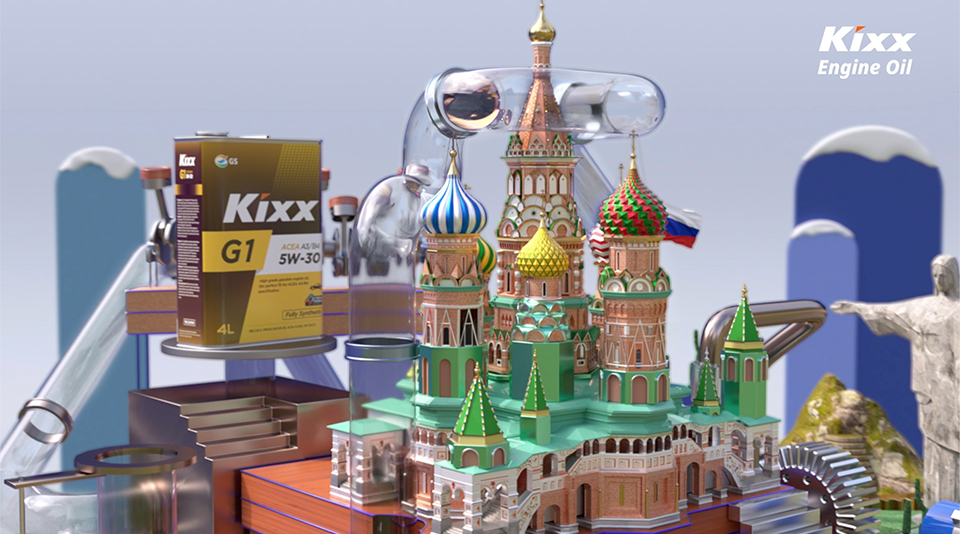 The last stop on the tour is Latin America. Here you can see another Wonder of the World, Peru’s Machu Picchu, along with the ancient Mayan ruins of Chichén Itzá and the Christ the Redeemer statue that overlooks Rio de Janeiro. 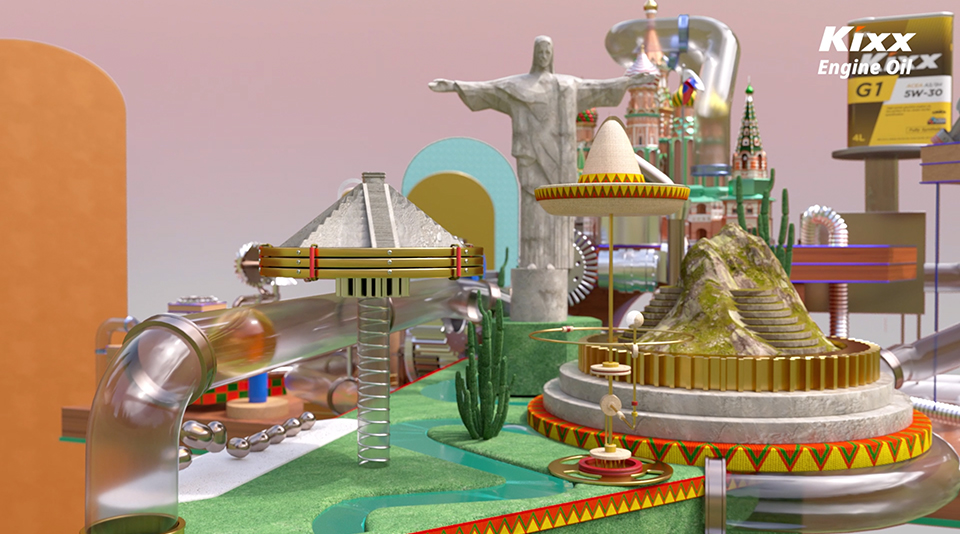 After finishing the tour, viewers are presented with the brand film’s main message, ‘Made in Korea, Works Around the World’. Kixx products are designed in Korea using GS Caltex’s technology and manufactured using GS Caltex base oils at blending plants in Korea, China and India.

To learn more about Kixx’s products as seen in the diorama video, head over to our YouTube page or see the latest updates in KixxOil.com.