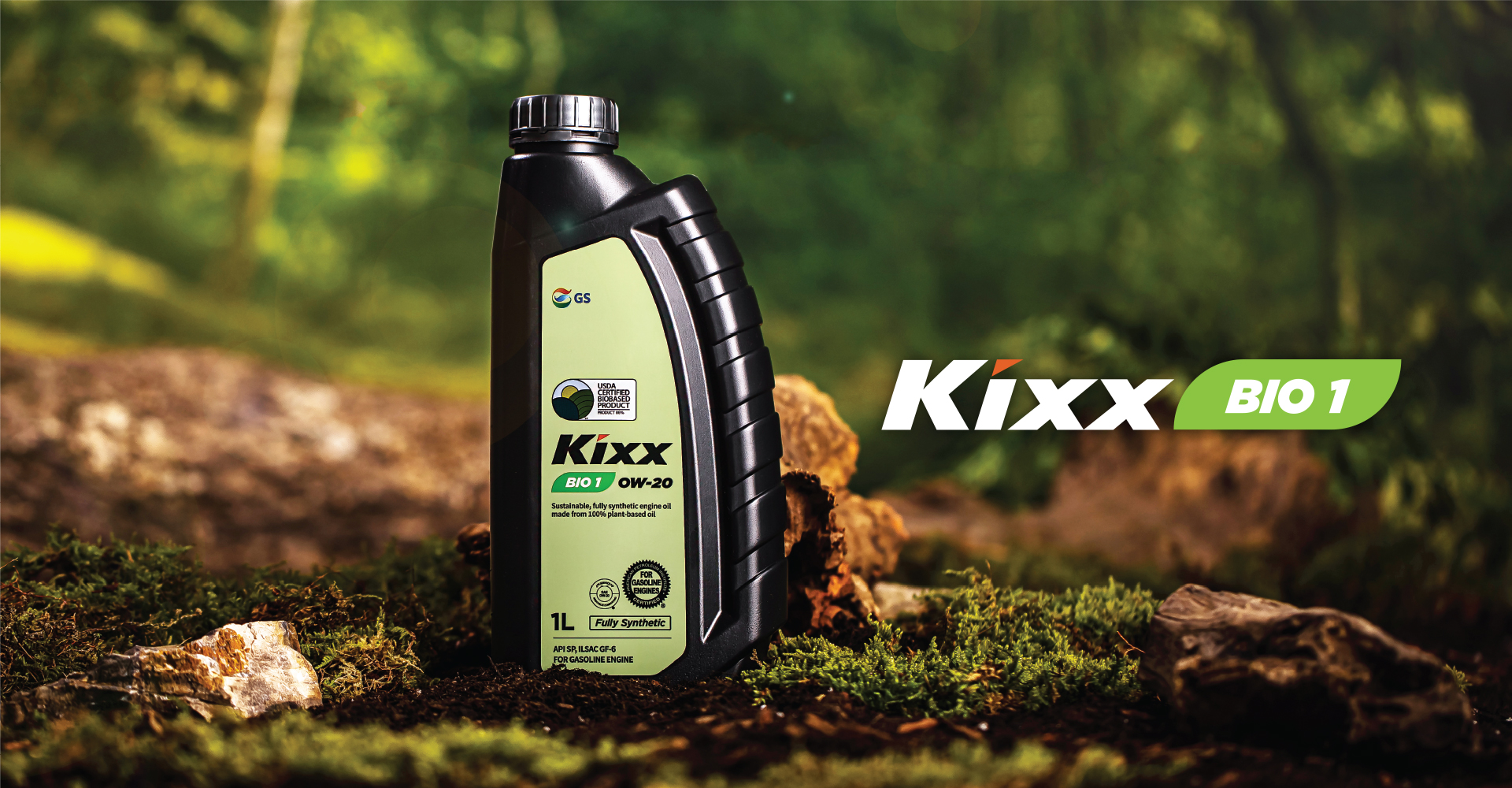 Kixx, Korea’s no. 1 lubricant brand designed and manufactured by GS Caltex, has launched Kixx BIO1 0W-20 in global markets. This fully synthetic engine oil is made with 100% plant-based base oil to minimize the oil’s impact on the environment while maximizing performance.

As the automotive oil and lubricant industry experiences increased demand for more sustainable products, Kixx has launched this new line of engine oil in an effort to contribute to carbon reduction while still providing performance that meets drivers’ needs.

Formulated with 100% plant-based base oil, Kixx BIO1 0W-20 is the product of Kixx’s partnership with Novvi LLC, a leader in bio-based fuel development. The SynNova Sustainable Synthetic Base Oil (SSBO) manufactured by Novvi is made entirely from renewable feedstocks such as palm, coconut, soy and rapeseed. It is also carbon negative, given that it is made from plants, which absorb more CO2 than the finished product produces. 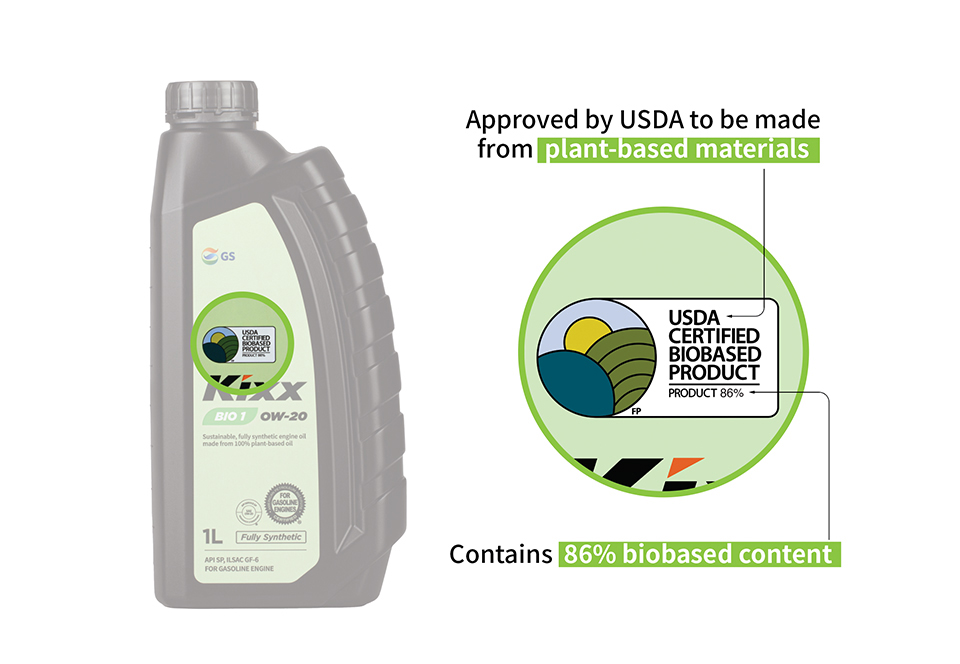 Made with such an innovative base oil, Kixx BIO1 0W-20 is a USDA (United States Department of Agriculture) Certified Biobased Product, approved to contain 86% biobased content. USDA Certified Biobased Product refers to a product approved to be ‘derived from plants and other renewable agricultural’ materials, providing ‘an alternative to conventional petroleum derived products’.

And Kixx BIO1 is not only a highly sustainable engine oil, but also delivers an outstanding level of performance for users’ vehicles.

This high standard of performance is demonstrated by the fact that Kixx BIO1 meets and exceeds the latest API SP and ILSAC GF-6 specifications. On top of this, Kixx BIO1 also provides outstanding engine protection and wear prevention in addition to enhancing fuel economy. 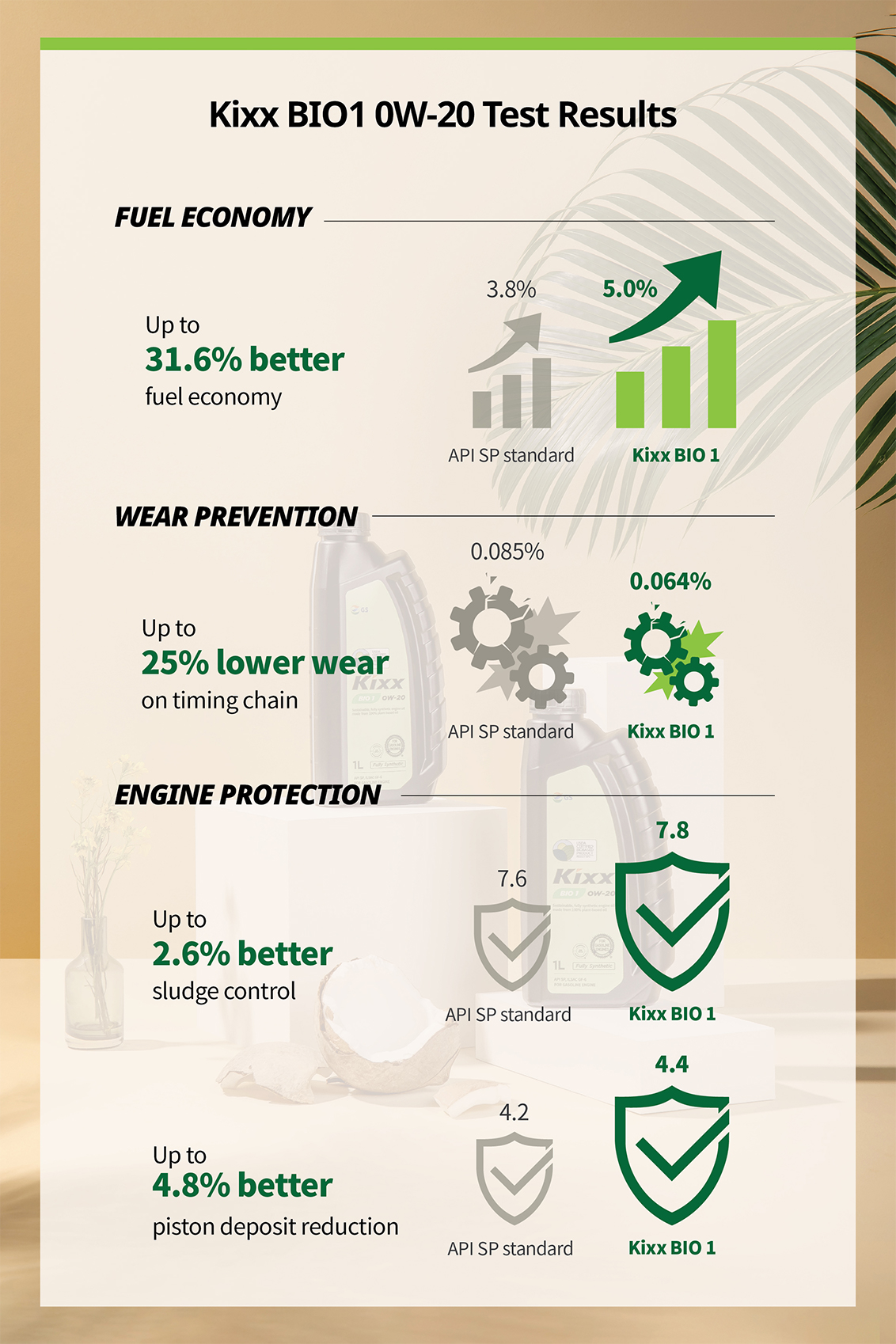 Speaking about the launch of Kixx BIO1, Changbeom Lee, Kixx marketing manager said, “Kixx has worked hard to develop a range of engine oils for the age of Eco-Consciousness. Now, it is expanding its commitment to sustainability with the launch of Kixx BIO1, which presents a way for those drivers who aren’t immediately shifting away from gasoline vehicles to still minimize their impact on the environment.”

With the launch of its Kixx BIO1 engine oil, Kixx is further expanding its product portfolio in order to better meet drivers’ needs, while also contributing to establishing a better and more eco-conscious future.

Kixx BIO1 0W-20 has been launched in February in the global market, with further additions to Kixx BIO1 5W-30 lineup also scheduled in the near future.